The ups and downs – you win, you lose

This year's Honda Classic was a fascinating and dramatic display of old talent coming back and new talent rising fast. 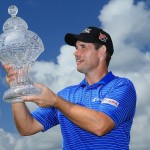 In a final round play-off on Monday 43-year old veteran Padraig Harrington prevailed over 21-year old rookie Daniel Berger who had an outstanding final round of 64 to surge into the lead from nine shots back. The other contenders fell behind as they made costly mistakes on the tour's toughest course at the PGA National in Palm Beach Gardens, Florida.

What made it interesting was the spectacle of former champions challenging the rising stars.  Tiger Woods was a no show and Rory McIlroy failed to make the cut. Other 40-year olds that have made a run for it recently include Vijay Singh and Retief Goosen. 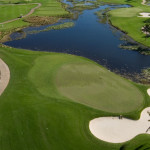 Harrington twice won the British Open and then the PGA Championship, but all back in 2007-2008. Since then he had lost the magic and fell from the top to about 300 rungs lower, right off the tour.  Always analytical and hard working he kept at it and suddenly was a winner again this week. It wasn't pretty, but he never has been. Missed some short putts and hit it into the water, but also made some great long putts and hit it close often enough to come back into a tie after four rounds and hang on to win with a bogey on the second play-off hole.

All encouragement for the prospect of a comeback to former times of glory. Maybe short-lived and maybe only close, but always worth the consistent effort, patience and persistence.