Trump election lessons for your business

Trump election lessons for your business 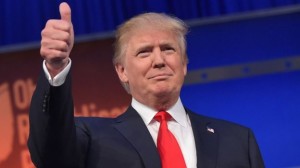 The recent election of Donald Trump was a shock and a disappointment to many of us. The political analysts and commentators, experts and amateurs, will debate it intensely for weeks and intellectually for decades.

But what have we learned for our businesses?

Here are some discussion points that I suggest you can share with your management team, the next time they stray off the topic and insist on talking about the recent election, instead of the business issues of the day.

Winston Churchill graciously defended democracy after losing his bid for re-election in July of 1945, "Democracy is the worst form of government, except for all those other forms that have been tried from time to time."

But in your business, good management is a better idea than taking a vote.

Click Here to check out Uncle Ralph’s books, "Don't Do It the Hard Way" and "The Complete Do-It-Yourself Guide to Business Plans" Both are available online or at your favourite bookstore in hard cover, paperback or e-book.