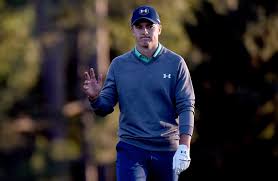 Jordan Spieth is back at the Masters tournament at Augusta National this week and trying to forget his horrific collapse last year on the 12th hole that knocked him out of a commanding lead and caused him to finish second.

He says he’s “over it”, but there will be powerful reminders, questions, and worried watchers as he plays for another win. As in life and business, he has a choice to be haunted by the memories or to work on avoiding the same mistakes.

According to the golf analysts, who will not stop talking about last year’s failure, a momentary loss of focus caused a miss-hit into the water, which was compounded by another error in the recovery shot. Suddenly four strokes lost and the lead was gone. All for a moment’s lack of concentration on a single shot on one of the 72 holes over four days. Never an easy accomplishment.

The lesson for entrepreneurs has often been reiterated by those most successful in their business ventures. Don’t fear failure to the point of paralysis. Assess your errors and make changes to fix them and avoid repeating the mistakes. Learning from failure leads to success.