And Europe wins again, decisively.  How can all the golf stars from America keep coming up short in the team competition against Europe known as the Ryder Cup? Held every two years, it's now 8 out of the last 10 won by Europe. 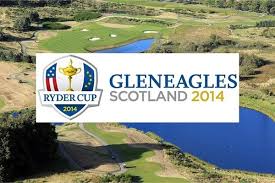 Somehow the European players from the UK, Germany, Sweden and France have found a way to play better golf consistently.  My observation is that the Europeans are able to focus on playing their best golf under pressure by focusing on the team and keeping it fun.  The Americans get preoccupied with patriotism, pride and politics  - looking good for their country  - and choke on the pressure.  Not their best golf.

It would be easy to blame it on the nature of PGA Tour golf as an individual sport. For 23 months of 24 (ignoring the occasional interruption for the President's Cup - US against the rest of the world except Europe - and now the occasional Olympic experience) every tournament is about earning some prize money and looking good for the sponsors.  Then suddenly there is a new commitment required to represent your country against very high expectations and the constant questioning of why him, not another guy? It would be unfair to suggest any lack of motivation because of the missing prize money.  This is not the FedEx Cup playoffs worth over $10 million to the winner. 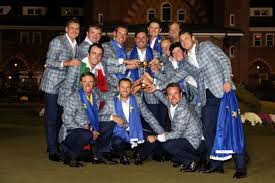 stars getting them to think differently for  the Ryder Cup.  Stay focused and relaxed to perform at your best. Paul McGinley got the best out of his team, Tom Watson did not. Selecting a captain for coaching skills is more important than recognizing past champions for their accomplishments.

Very similar to the Sales Manager trying to manage a group of individual sales reps all focused on making their commissions and bonuses.  Requiring them to be part of the larger team and move together towards corporate objectives of profitability and long term value respecting social and environmental responsibilities.  Not a simple tweaking of sales compensation, but constant coaching to play as a team and achieve winning results.