The false comfort of simple answers 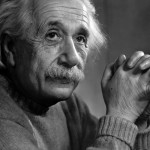 I know we shouldn’t quote Albert Einstein. As he often tells us, “Don’t believe all that sh*t you read the Internet.” But I can’t resist.

The important statement attributed to Einstein was, “For every critical and complicated problem, there’s always an obvious simple answer, that’s wrong!”

Whoever said it, they must have had their own references to prove their point. Now we have examples everywhere. Leaders demonstrating manipulative politics, intellectual dishonesty, laziness and ignorance, by promoting simple answers to critical and complex issues.

Politicians have been successful in countries around the world by exaggerating and repeating the easily understood and accepted simple answers to major problems, conveniently ignoring the fact that they’re wrong.  It’s a winning strategy in any democracy where the public does not exercise adequate scepticism and critical thinking. Where they can ignore the experts and analysts in favour of their preferred commentators, who agree with them.

But it’s selfish, unprincipled and lazy leadership exploiting an ignorant, equally selfish and lazy audience, who are ready to believe the easy answers. We all need to try harder to understand the problem and the root causes and then find real solutions that will work for everyone over the long term.

Leadership has to have the character, the intelligence and the moral courage to listen to the experts, accept the facts and introduce change with articulate, compassionate and well-reasoned communication. Leaders need to be able to convince their audience, including critics and opponents, fighting to protect their own ideology and self-interest, that there is a better answer in support of the common good.

The biggest flaw in liberal democracies everywhere is that simple, comforting answers are popular and that ambitious, unprincipled politicians have learned how to exploit that appeal and rise to power, where they inevitably work in their own self-interest, not the common good.

We need to demand better from all our leaders. In politics, in business and in life.