As my mother once said "Don't do anything you wouldn't do if I was there."

Now that was a great way to keep me on the straight and narrow while I was looking for trouble as a teenager.

I've often thought of repeating the question as I encounter bad drivers flying by on the highway. "Does your mother know you drive like an idiot?" 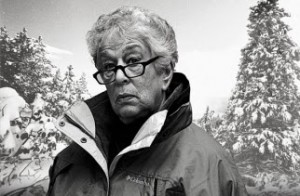 Mothers are also an important influence to guide our ethical conduct in business. That was apparently understand by the jeweller in Cranbrook BC who had a conspicuous sign posted by the cash stating "We give instant credit to all our customers ... if they are over 90 and accompanied by their mother." Good credit guideline!

Most entrepreneurs and executives probably don't often think of their mothers on the job, unless she's the boss like Ma Boyle (pictured) at Columbia Sportswear. Maybe they should. We would probably have fewer issues of corporate misconduct if their mothers knew what was going on.

Perhaps instead of all those current management courses on ethics and corporate responsibility we only need to remind decision makers to ask themselves "Would my mother be proud of me, if she knew what I was doing?"