A little means a lot

Consider the recent US Open. 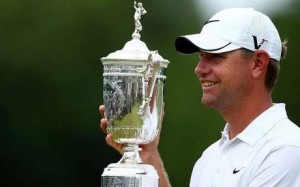 The difference might be just one too many drives into the long rough, or a missed short putt or the approach shot that rolled off the green into the water. And it cannot be explained by a little bad luck. The number one performers are consistently just a little better every day and keep on winning.

Think about it. Focus and be better.